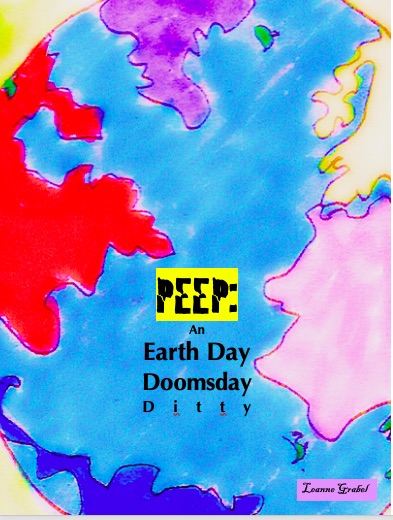 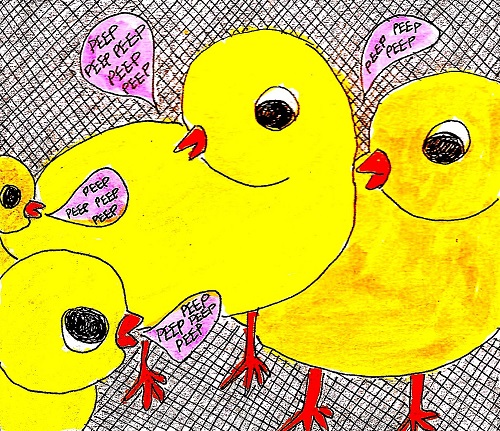 It was Earth Day a couple weeks ago. And of course it’s spring. And little chickies, all plump and butter-yellow, all fuzzy and cozy and light as a puppy’s breath, are peeping, peep peeping.

It was Earth Day a couple weeks ago. And it’s spring. And little birdies, as fuzzy as cartoon lambies, are cheeping, cheep cheeping. 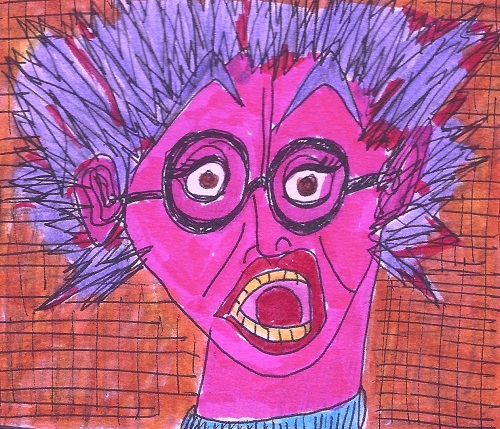 It’s spring. And there’s a global pandemic going on. A viral virus. And lots of bodies are heaping. And all the signals are beeping. We’re not sleeping. We’re weeping. And we’re creeping in shame. And we’re steeping in fear. 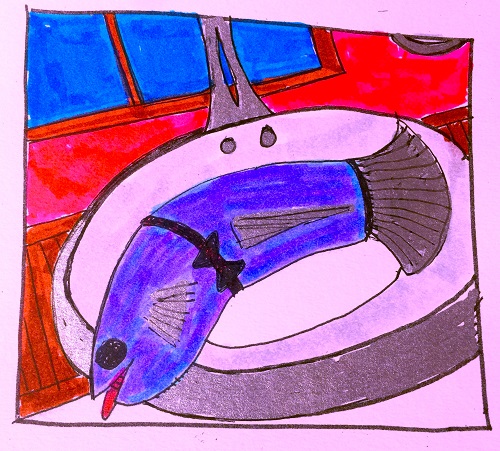 But it’s spring. And it was Earth Day a couple weeks ago. Although everything was canceled. (Global pandemic.) Yes. Earth Day was one of the first things to go. I mean Small big Men have bigger fish to fry. No time to worry about where to put the fry grease.

O. It’s spring. And there are tulips like the Queen of England’s teacups. They are renowned for crimson tones. 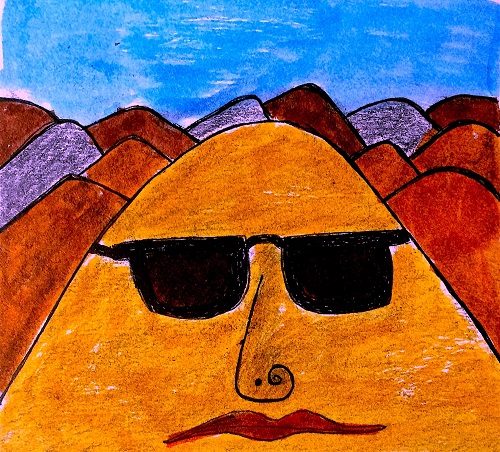 And the mountains will sit down with flair. They’ll have science hypotheses woven into their hair.

O. It’s spring. and cartoon lambies are baaing. And humans are jawing and pawing and cawing and sawing down trees by the millions.

It’s glorious spring. Yes. But all but the selfish have noticed about the balance. I mean there is no balance. We’re reeling. You reeling? I’m reeling. And melting. And pelting. And burning. I see a chaos of wreckage.

O. It’s spring. And there are butterflies, such gorgeous butterflies. They are floating around in their fabulous skintight ensembles. They make the irises look like bumblers. They turn the hummingbirds into audience. They teach magnolia trees a new humility.

It’s spring. And I am trying just as hard as I can at emulation, to shimmy softly like a hushed breeze among the scarlet crocosmia, to tinkle and twinkle like bells in the navels of angels. Such courageous angels.

Precocious daffodils wear curly collars and big hats. Oh. Don’t you love a parade? (Not really.) But look at those peonies twirling and whirling in huge pale pink tutus. Look how they’re arcing curves with such bounty and precision. I’m crying. Are you crying?

And last week there was a full moon the color of sassy lipstick.

And there’s a global pandemic!

I lie in bed and fight off fear. He tries to sock me. He socks me. He pounds my pillow. He makes my head bounce. 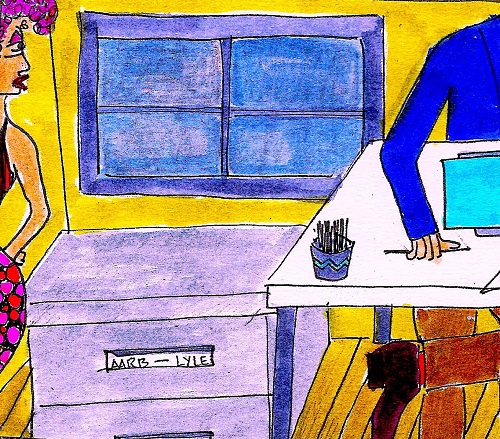 I see these white men in dark suits with flag pins. They are plodding and trodding over earth with such a warped sense of ownership. Why are they doing that? Why are they lying? How greedy can they be? How stupid do they think we are? I see reams of dark yardage.

I need chickies. Where are those chickies? I need peeping. 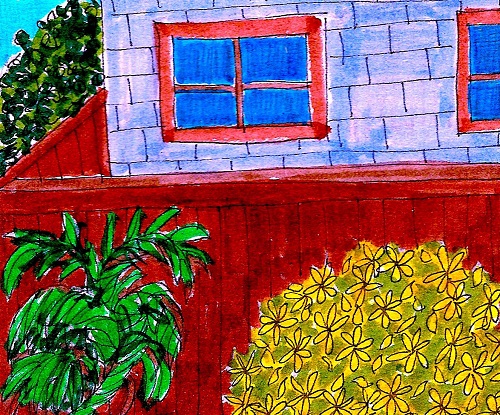 And then last Tuesday, I replanted this old shrub. The pathetic thing was barely hanging on for dear life. It had been dying forever, but not quite. Now it has risen back to life. It’s way in the back of the yard where there’s nothing but a scabby-bricked wall and a fern so tough, one could hang a family of fascists. Suddenly there’s a burst of yellow daisies, bright as that fancy-ass daffodil, round as the sun. Maybe it’s Jesus. (No offense.) Or one of his friends.

Leanne Grabel, MEd, is a writer, illustrator, performer & retired special education teacher. Grabel will be the 2020 recipient of Soapstone’s Bread and Roses Award for contributions to women’s literature in the Pacific Northwest. Grabel teaches graphic flash memoir to adults in arts and senior centers throughout the Pacific Northwest. In love with mixing genres, she has written and produced numerous spoken-word multi-media shows, including The Lighter Side of Chronic Depression, and Anger: The Musical.” er poetry books include Lonesome & Very Quarrelsome Heroes; Short Poems by a Short Person; Badgirls (a collection of flash non-fiction & a theater piece); and Gold Shoes, a collection of graphic prose poems. Grabel has just completed Tainted Illustrated, an illustrated stretched memoir, which is being serialized in THE OPIATE. She and her husband Steve Sander are the founders of Café Lena, Portland’s legendary poetry hub of the ’90s. ACM publishes Grabel’s work the second Thursday of the month.