The arrival of the edge was a slow fester. I sensed it revealing itself a couple of years ago, probably longer, but it became more obvious over the last few months. I ran at a strident pace, sputtered car smog, tossed twisty ties into trashcans. I lived luxuriously. I crunched

popcorn and watched million-dollar previews in cinemas. I considered which salad to eat from farm-to-table menus. I stretched athleisure garb over my thighs. I hopped on tropical airplanes.

The path narrowed as I reached it. I tripped over rocks, scabbed elbows, broke bones. I couldn’t keep up with laundry or logistics. Or who I thought I needed to be as an artist or a writer. How many words? How many pictures? How much? How long? Numbers overwhelmed.

Mornings were fuzzy. Milk in the cupboard. Cereal in the fridge.

I reached the edge and clung on to what remained. I clung to my privileged identities and their material accoutrements. I clung to the objects and ideas I was nudged to produce as a worker and a mother and a maker. All of those hefty belief systems tugged at my ankles until I was forced to let go.

Now I’m freefalling alongside billions of others. 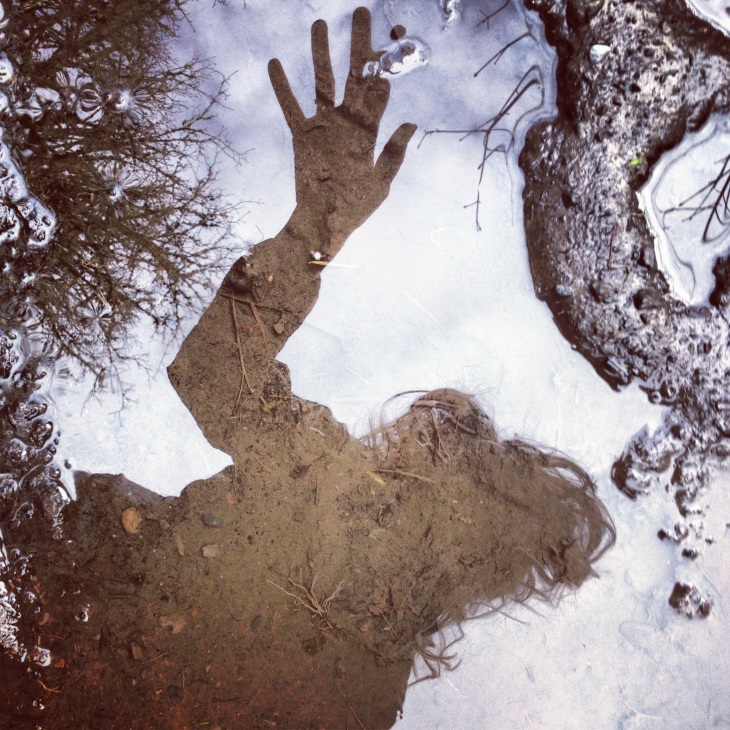 Today I stare at the cursor blinking on an empty page. A shriek of pending projects are muffled by data maps, venal oligarchy, and bad news. My eyes burn, exhausted from last night’s nightmare where I wagged a shame finger at party guests, telling them to go home, it’s not safe if we’re together, please stop hugging.

Friends texted and called in a flurry when we all fell off the edge. They are less frequent now. Many of our conversations are beginning to sound the same.

When I brush my hair, apply mascara to tired eyeballs, and put on clean clothes, I think of a mortician dressing up a warm corpse.

After September 11, planes sounded like horror. Their takeoff, catastrophe. Their engines, doom. Now when I hear planes, which happens less each day, I think of empty seats and flight attendants on the brink of unemployment. I think of vacant hotels and restaurants. I think of disappointed children wearing water wings in bathtubs instead of spring break pools.

The other morning I was oddly comforted when receiving spam in my inbox, mostly advertisements for walk-in bathtubs and anti-fungal cream. 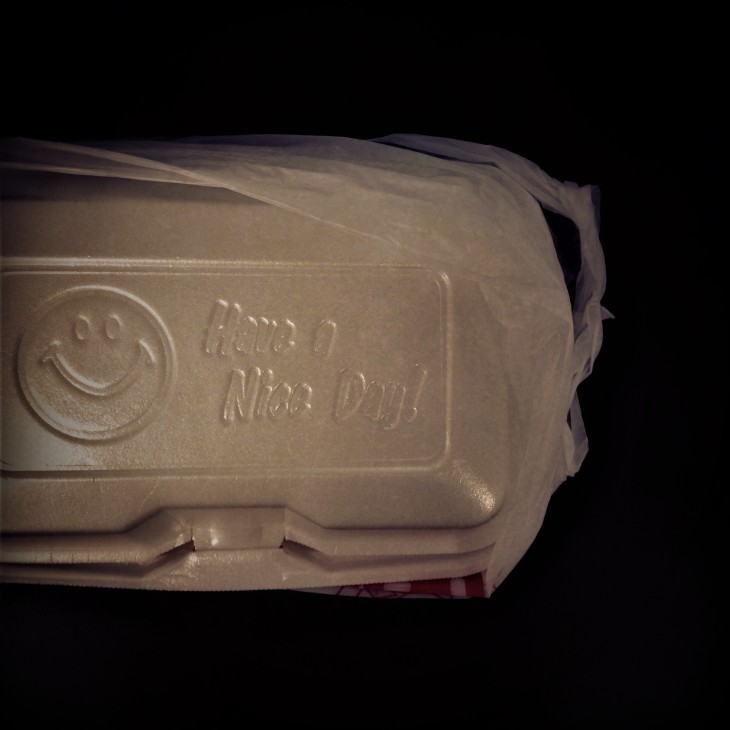 At the grocery store I looked for a rubber ball for my child, to bring her some semblance of normalcy. This is how I’ve reared her. The possessions she has are part of what make her feel secure.

Now our security is found in pushing seeds into the dirt out back.

When I hear my dog’s snore I envy his obliviousness. But then, I imagine his ears are tuning into a new quiet. His nose must wonder where all those familiar smells are hiding.

When I fell off the edge, I was invited to question all I had invested in, all I had thought I wanted to be as a domesticated human. Most of what remained was unabashed love.

Maybe the edge sent warning signs. Those dying bees. Those severed trees no longer talking to one another. That trapped sunshine heat.

Felicity Fenton’s multidisciplinary work has been exhibited in public and private spaces around the globe. Her stories and essays have been featured in Fanzine, Split Lip Press, Wigleaf, The Iowa Review, Pidgeonholes, The Denver Quarterly, The Masters Review, Passages North, and others. Her book User Not Found was published by Future Tense Books in December 2018. She lives in Portland.