Archaic submarine, he navigates his way
toward liquid destinations, his hull encased
in scales slicing through the Eden of the sea
anointed in silence and secrecy
until a hook intrudes, grabs hold
and drags him to the empire of despotic day.
— Astrid Cabral, from “The Fish”

Brazilians like to crowd the shore
with orange and yellow chairs
emblazoned with the bandeira
of Cerpa beer or Itapivara.

Under the grateful shade
of a red umbrella
the entire family presses—
papai and mamãe,

teens with boy&girlfriends
and the smallest kids—the chubs
and those who don’t yet possess
an extra ounce–though grandma tries.

In shorts and t-shirts, bikinis & trunks.
A beer bottle in a styrofoam holder
hoists the highest point, a garrafa
of Guaraná or other soda in a 2-liter

green bottle to share around. Teens check
phones. But mostly the clan sits, stares out, sips,
chats, eats a bit. Proximity is no barrier.
Instead, it’s all that’s wished.

The family unit only
transported to the orla,
edge of the sea,
legs of the table sloshed by slow surf.

A fish is ordered and an hour later
it arrives and all pull a morsel. Gone.
Shirts are stripped and all descend
into the drink of the sky.

Oh, they don’t go far.
Navels dunk, up to chest, then bob.
Well, the ocean bobs them–they let it.
It’s not a savage space, hardly nature.

Another family room:
lovers and old couples
embrace from behind—
what’s underwater is implied.

Meanwhile I sit solitary at this table,
await an arrival on the red planks.
On this trip I’ve made a vow
not even to try the subjunctive.

And yet I live in As if.
No, no, banish all but this moment
After the fish I undress
and follow down to the water.

Across is an isthmus called the Ilha do Amor,
but I didn’t want to pay for the boat ride there.

So I ask Por favor, senhora—
could you look after
my muchila? She bids me place it
on the mesa.

I wade in the welcome
element with no shiver
of the past. Head flows
through. Oh this murk.

Instinct trips in and I begin
in earnest to swim—
out, out—limbs
extend

circles sweep as soon as remember
glide as far as forget

I twist away, cry out, torque to see

but another creature, this one
underwater a flat white shadow
cape 1 ½ feet long
shimmering

I don’t call out but only swim
back, back toward the people:

I edge myself toward the herd,
the lovers tritely clinging to one another,
grandmothers swaying,
I bring myself in line with them,

and when I stray,
I need only consider the claws
to bark myself back toward the pack,
to agree to domesticate. 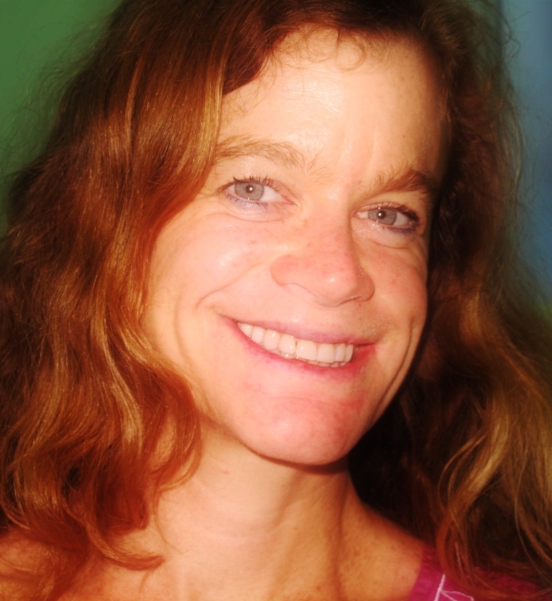 Tiffany Higgins is a poet, translator, and journalist writing on Brazil and the environment. Her longform narrative reportage appears in Granta, Guernica, and The Revelator. She is the author of
The Apparition at Fort Bragg (2016) and And Aeneas Stares into Her Helmet (2009), and is the translator from Portuguese of Alice Sant’Anna’s poetry, Tail of the Whale (2016). Her poems have appeared in Poetry, Massachusetts Review, the San Francisco Chronicle, and elsewhere. She is currently translating the writing of Brazil’s Itamar Vieira Junior. She received a residency in the Banff Centre’s 2017 Frontline Environmental Reportage program and, in 2019, in Literary Translation. She will be the 2020 Annie Clark Tanner Fellow in Environmental Humanities at the University of Utah. She lives in Oakland, California.