and far removed. In fall,
both of them grunting and nudging

the air conditioner from the window,
my father on the ladder

barking be careful, me downstairs
watching dumb TV. My brother

under the Duster, fumbling for the oil plug,
doing his best to not fuck up,

me sailing through senior year,
not studying, saving myself for later.

Of course the fight would break out
in a room where I wasn’t, of course

it would spill into the yard: my brother,
my father swinging and missing,

sometimes connecting, collars tearing,
my mother and me rushing in to break it up,

my brother shaking and declaring
he was only hired help.

I never saw them fight again,
not like that. My father in the garage

hammering nails, my brother
plugged into the stereo

with my father’s headphones,
air-drumming a song I didn’t understand—

molten fury, no melody,
hello and go to hell.

An awful time, really,
a holding pattern—look at us there
so bored, chugging the cheap stuff,
so in between,
watching some band from Tampa
ride their hit into the ground,
the one about wanting
a trip-free life. No shit, I thought,
don’t we all, bless us every one.
Not much my scene.
But I didn’t say anything;
I was trying to hitch myself
to the train. Nothing much
to say. My ex was there
with her new boyfriend
no one else had met,
and the singer was working it,
reading the room as dead end
and himself as the man,
strutting off stage, deigning
to move among all fifteen of us.
He stopped at my sour face,
cracked a joke
the punch line of which
was Penthouse. Look at us there
frozen. Everything stopped—
the bassist choked his note,
the jukebox was locked in rainbow.
I met his stare a second.
Bless the exit, I was through it
before he could finish,
never mind I forgot my coat
or that the two guys
I’d known the longest
were flying down the street
after me, trying to talk me back.

Let us all be from somewhere.
–Bob Hicok, “a primer”

I go home, grow closer
to official sadness. Sams Gap,
Nolichucky, Happy Mart,
half-abandoned mall,
rock-dotted pasture
ringed by barbed wire,
box turtle smack in the center
of a hairpin curve,
bass boat, man-made dam,
teenagers chugging beer
by firelight, swearing
they will not be bought,
left at the light, quick right
into the old subdivision
built on sinkholes, my parents
still in the same house
and sinking, concrete
driveway where I learned
too late to ride a bike,
learned a good jump shot
but never tried out, bedroom
where I barged through scales,
heard notes but rarely
the tune, living room,
second-hand smoke,
kitchen of warmed-over
pork chops, anger choked
but never dead, family room
where many late nights
(everyone else was upstairs
dreaming) I snapped off lights,
dispensed with clothes,
sneaked out into gathering
storm, grass crackling,
breeze in the branches,
wishing I could go somewhere,
really fuck something. 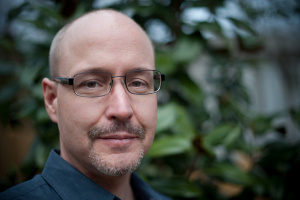 Michael Diebert is the author of Life Outside the Set. He served as poetry editor for The Chattahoochee Review and teaches writing and literature at Perimeter College, Georgia State University. Michael has taught workshops at the Blue Ridge Writers’ Conference and Chattahoochee Valley Writers’ Conference. Former identities include technical writer, help desk specialist, shoe salesman, and sandwich maker. Recent poems have appeared in Free State Review and jmww. A two-time cancer survivor, Michael lives in Avondale Estates, Georgia with his wife and dogs. 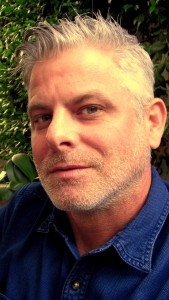 As an Artist, Geoff Gildner is known for his experimental approach to Art; with a focus on re-purposing found materials. His Art reflects an environmental awareness to create a wide range of sculpture and 2-D Art; it’s an idea that materials destined for the garbage dump, such as
wood, metal, glass, paper, paint and tarp (canvas), can be given a second life and exhibited for others to see, contemplate and appreciate. Hence the many different materials and styles of Art that make up his complete body of work. Color, form, and the shapes of our environment serve
as a foundation of insight and applied technique, which is further influenced by many contemporary Artists of the 20th Century.