Why is the orange cat pacing and meowing mournfully as I sip my lukewarm coffee? My daughter is convinced he knows something’s up, is agitated by all of us stuck together around the clock. He scratches at the front door and sings his sad-cat tune, and we call in response, What’s wrong, buddy?

You could say that the sound of pandemic is the sound of silence—empty restaurants, stores, and streets. But in all that quiet, I’m tuned to the tender punctuations, the noises of quarantine making themselves familiar as the hours tick by. The gas logs hiss in the fireplace; my eleven-year-old idly thumbs the page corners of a book. When she tires of reading, she comes over to burp in my ear. Then she kisses me gently on the forehead. Mama, what time is it? is her constant refrain. I hear it no less than ten times a day.

Or she’s asking me what she should be doing at that moment, according to our halfhearted schedule. My answer: Not asking me what time it is every fifteen minutes.

In the kitchen there’s the small rocket ship liftoff that is my husband’s stovetop espresso fix; outside, a little dog squeals, and always, somewhere nearby, a lawnmower or leaf blower, that perpetual aural code for endless industry.

Now, too, there is a drumbeat—that would be the frightened capitalists, demanding that the country open back up, refusing to allow this moment of quiet to linger lest our way of life be doomed.

So I cue up the Quarantunes, a collaborative playlist made by me and my daughter. The playlist comprises Lizzo and Taytay, but also John Lennon and Andrew Bird, Big Star and Bill Withers. It’s like a time capsule of our stay at home, and it may be the only playlist in the world that includes by “The Rum Tum Tugger” from the CATS soundtrack—the kid’s pick, natch—followed by John Prine’s “Angel from Montgomery,” a bittersweet reminder of losing him to the virus. Simon and Garfunkel’s “The Sound of Silence” makes the list, too—we agreed at once on that.

There’s another mix I can’t stop listening to, an ambitiously eclectic one titled “Love in the time of coronavirus,” created by a woman I only know via Instagram, who goes by the handle chateaumobydick. Despite what little I know of this person, she exists in my mind as a hero of the Great Pause. There’s Mudhoney’s “Touch Me I’m Sick,” and also “It’s the End of the World as We Know It” by REM, and also “Islands in the Stream,” the great Kenny and Dolly duet, and fifteen more hours of songs alongside those. It’s funny and ironic and a summons to booty-shake. It’s no mere set of soul-soothing songs on shuffle; it’s a goddamn work of apocalypse art.

Music is the one diversion still fully accessible to me in these uncertain numbered days. Novels? Forget it. I can’t seem to read anything but the worst news. Tiger King left me feeling dirty and depressed. Writing is more of a struggle than ever, and that’s saying something. I tried the sourdough bread-baking thing, and that was a fail, if a pleasant one up until the sad, inedible end.

I’d like to tell you music is knitting my family a new layer of warmth, a rosy, soundtracked togetherness. Well, sometimes it is—Easter Sunday, say, while a cold rain fell and I burned sandalwood incense and played Tea for the Tillerman on the hi-fi, like we’d hopped aboard a time machine to 1971. Now the kid is walking around the house singing “Wild World.”

But often I listen with Bluetooth headphones clamped over my ears, the closest I can get to having the house to myself. There is something rebellious and bratty about listening this way, and I can only indulge for so long before I’m compelled to dial down the volume, reengage with the world and its soft surprises.

Later my daughter she will stop me on my way to the kitchen, and I’ll push one large headphone away from my ear, impatient. She will wrap me in a hug, saying, Mama, I love you. 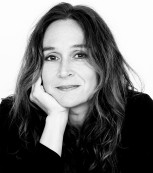 Susannah Felts is the author of This Will Go Down on Your Permanent Record (Featherproof Books), and her work has appeared in publications such as Catapult, Longreads, Guernica, Oxford American, The Sun, Vol. 1 Brooklyn, and others. She lives in Nashville with her husband and daughter, and is the cofounder and co-director of The Porch, a nonprofit literary center.