We had been e-learning under quarantine for two weeks, and my high-school sophomores on Chicago’s Southwest Side were working on essays about Macbeth. In our last class together, we had focused on hand-washing—Lady Macbeth’s. An observant student even noticed how Shakespeare wrote Lady Macbeth’s “Out, damn spot!” speech in ordinary prose instead of the regal iambic pentameter she had used earlier in the play. We discussed how Lady M.’s deteriorating mental state may have made her sadly less “deserving” of dignified status. Why did Shakespeare do that? Now, with the added distance and real-life drama of family job losses and illnesses, our class struggled to find our Elizabethan groove again.

Trying to lure the students back to the Bard, I held online meetings with Kahoot competitions and posted Macbeth cartoons (spoiler alert: dogs named Spot yelled at to go “out”; modern witches who use a wok instead of a medieval black cauldron). We even took a virtual field trip to the Steppenwolf Theater to interact with a set designer. During one-on-one conferences, the students tried their hands at close-reading passages with me for evidence to use in their essays on gender roles and ambition, but the 1606 play felt increasingly distant.

Then I received an email from my student Miguel*. The subject line was “Not Homework.” I sighed, expecting a request to extend a deadline. I opened it. A screen shot featured the Snapchat template with a screen and cartoonish keyboard. “Park?” was the subject line next to a bitmoji of a brown-haired boy. “Nvm, y’all shan’t wait for me,” Miguel’s written message began. “Thy parents shant let thy issue out.” I squinted at the surprise amalgam of modern text-speak, Southern English, and Shakespearean English. It might not have been a perfect use of archaic English, but Miguel’s final plea to his friends gave me a shot of pedagogical adrenaline: “Prithee dont forget me.” Less impressed, a bitmoji in a Cubs hat labeled “Angel” replied with a single word: “What.” Despite the confusion of Miguel’s friends, who just wanted to play basketball at the park with him, I soon understood that Shakespearean language was perfect for discussions about social distancing. Romeo and Juliet, I remembered, are finally doomed because the messenger with the friar’s letter explaining Juliet’s fake suicide is waylaid by quarantine. And, more pointedly, I soon discovered that Shakespeare is thought to have written Macbeth during quarantine for the bubonic plague. Miguel’s email encouraged me in another way, as well: while I churned with doubts about prompting connections with my far-flung students, they were already at work, applying the most relevant parts of our learning to the new and troubled world.

*Miguel’s name has been changed. 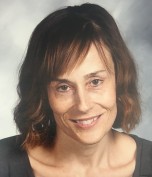 Carolyn Alessio teaches and writes on Chicago’s Southwest Side. She has new work forthcoming in Sweet, America and elsewhere.