secrets in the soil

there are secrets here
six feet under,
encapsulated,
surrounded by roots and loam
drilling to disclose them.

haute vessels slid into earthen notches
now halt worms and beetles.
drawn up abreast in a damp locker,
their inhabitants were summonsed to this silent social.

in light exists uniformity;
a stone, grass, soil is seen.

comparable, after parting,
we are one in the eyes of God.

in icy silence they salute
a rising sun no longer seen.

Tracy Ahrens of Illinois has been a journalist and editor for newspapers, magazines and websites for over 25 years. She is also an artist and author of seven books, including three children’s books. As of 2018, Tracy had won 61 writing awards statewide, locally and nationally. She is a member of the Illinois Woman’s Press Association, National Federation of Press Women, Cat Writers’ Association and the Dog Writers Association of America.
Tracy has published two books of poetry through Finishing Line Press titled Nature will heal (2012) and I am (2017). Her poetry has also appeared in various literary magazines across the country. 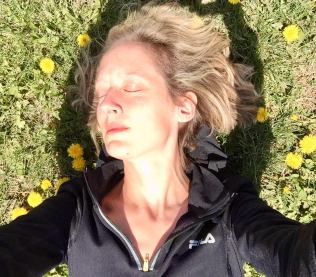