The experience of mental confinement is represented most explicitly by the found poems in section two, which observe Peter Rawson Taft, who was hospitalized in the 1870s at the Cincinnati Sanitarium, the Private Hospital for the Insane. “Something Wrong,” “Causes of Mortification,” and “Common Cases of Insanity” were derived from letters written by Superintendent W. S. Chipley, MD about Peter to his wife and father. In “Something Wrong,” the superintendent wrote to Peter’s wife that he was pleased to tell her that her husband was “getting along / much better … / in quiet,” but he also mentioned that Peter had perceived something wrong with himself even though “he was not aware / that his health was impaired, / either mental or physical.”

The superintendent’s stress on “quiet” becomes a central source of Peter’s suffering in “Causes of Mortification.” He wrote Peter’s father that his son needed “quiet” rather than visitors, travel, and ginger pop because “the less said to him of himself and his / relations to others, the better,” believing that:

If the Brain is restored to its normal
condition, all of his relations to others
will appear in the proper light. It is
desirable for one in his condition

to abstract the mind as much as
possible from self and engagement
from other matters. His attitude toward
his wife and the injurious effects

of her attention to him are not just
causes of mortification. These things
are common to almost all cases
of insanity …

It is ironic that the superintendent simply advised isolating Peter from his loved ones, even his wife, because he thought that her attention was a cause of mortification with “injurious effects.” What misery Peter suffered through treatment by a superintendent who seemed to be ignorant of any effective method he could use to treat his patient. Judging by methods used today, the superintendent’s treatment was torture of his patient’s body and mind, showing he “had no specialty training in psychiatry,” as pointed out in the book’s introduction by Dr. Jesse H. Wright. Today, aside from using medication, a psychotherapist would also seek cognitive behavioral therapy, exposure therapy, or dialectical behavior therapy to explore an individual’s distortions in behavior, thought, and emotion to find ways to improve mental health and emotional regulation.

The superintendent’s persistence in using the “quiet” method is reiterated in “Common Cases of Insanity.” He believes that “to persevere / in the course of treatment” would tend to succeed and that visits and attentions given to Peter by his friends would not help improve his condition since “the reverse is the rule in almost // all such cases.” His rule in keeping his patient quiet or confined shows that he failed to judge whether his patient was sane or insane, whether he needed care or confinement, and whether his condition improved or if he suffered from the treatment.

Yet, no matter how pleased and persistent the superintendent was with his “quiet” treatment, it meant isolation to Peter. He was mentally and physically confined in a solitary state, as evidenced in “Cracked Piano,” an epistolary poem from Peter to his father:

I am alone this evening as every,
alone. An artist of imperfect
mind is endeavoring to extract
harmonious discords out of a cracked
piano just at my left. Life here
is of the plainest, I might say,
of the hardest kind.

The moment “of the hardest kind” is described by Peter:

Each patient has a separate room
with a carpet, a bed, a table,
a washstand, a box, and one chair,
but no gas and no candles.
There are two tables, one for
the sane portion of this community—
one table for the patients, the other

for the attendants. At the head
of the patients’ table sits Colonel Passot
who is never guilty of two consecutive
ideas. He is, moreover, quite dirty.
On his right side sits your son.

Peter’s letter reveals that the sanitarium was a place that imprisoned its patients in isolation, offering a poignant view of how a patient was treated by the “quiet” method. But, even though treated miserably, Peter seemed to have a clear mind, shown especially in his description of a couple, Mr. and Mrs. John Whetstone, who were visiting her brother at the sanitarium. Peter told his father that Mrs. Whetstone “stayed / all night of Sunday and until noon / Monday” and “her visit was a godsend” to him as well. Peter’s expression reveals his desire to be visited, pleading with his father to tell his wife, Tillie, to come and see him, because her visit would do him “more good than anything that could happen.” In this poem, more observations of the sanitarium’s residents—a patient named Mr. Williams, an attendant named Mr. O’Brien, a small German “with whiskers and eyeglasses,” a man called Mr. McNeal who was “the tormentor of the piano,” a Mr. Gillespie who was going away in May after a year of staying there, and Mr. Blank, a thick-faced individual who never spoke—shows that Peter might not have had memory impairment. His affectionate writing to his father and even his request for a kiss to his baby also suggest Peter was a man with good manners, despite being confined to a bleak room.

Further, Peter’s letters might show, as Wright says in his introduction, “a clear, well-organized manner with none of the confusion or psychosis of ongoing mercury poisoning or of significant mental illness.” Peter’s hospitalization might indicate a diagnostic error, as Wright analyzes: “when he contracted typhoid fever and was treated with calomel, a compound laced with mercury, he developed terrible headaches—a side effect of mercury poisoning. We don’t know if he had other mercury-associated mental symptoms such as lethargy, memory impairment, or hallucinations.”

Typhoid is mentioned in “The Lunatic Ball,” an ekphrastic poem after “Dance in a Madhouse,” a painting completed by American realist painter George Bellows in 1917. Bellows paid several visits to a state hospital in Columbus, Ohio to seek creative inspirations from patients’ dances. Stever smartly juxtaposes the eerie scene of the dance with the situation of Peter, “the best student Yale had ever seen: / three months after graduation, typhoid— / brain swelled inside his skull.” She also says in her endnotes of the lunatic ball that “in the latter half of the nineteenth century, superintendents at insane asylums often held balls considered therapeutic for their patients. Spectators were sometimes invited,” and Stever presents the most furious scene of the dance: patients are watched as they play like animals in the zoo, while “behind a glass wall, well-dressed spectators, riveted, / sit amused.”

In a sense, these experiences of mental confinement are characteristic of Stever’s collection. The great achievement of Cracked Piano is that its poems present psychological pictures of a person in loneliness. They produce a visual effect for readers to see mental suffering through depictions of relations between the son and the father, the patient and the doctor, and the person and the society, showing that emotional pain may stay unhealed generations later. 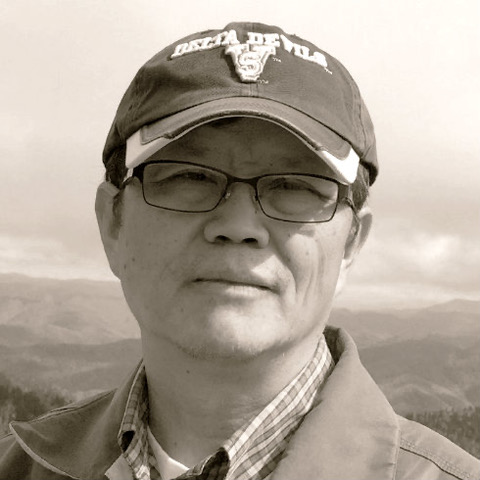 John Zheng teaches at Mississippi Valley State University where he also serves as editor of Valley Voices: A LIterary Review, a journal of ethnic-American literature. He has published more than thirty reviews in journals including African American Review, Arkansas Review, Louisiana Literature, North Carolina Literary Review, and others. His edited books include Conversations with Sterling Plumpp, African American Haiku: Cultural Visions, The Other World of Richard Wright: Perspectives on His Haiku, Sonia Sanchez’s Poetic Spirit through Haiku, and Conversations with Dana Gioia.