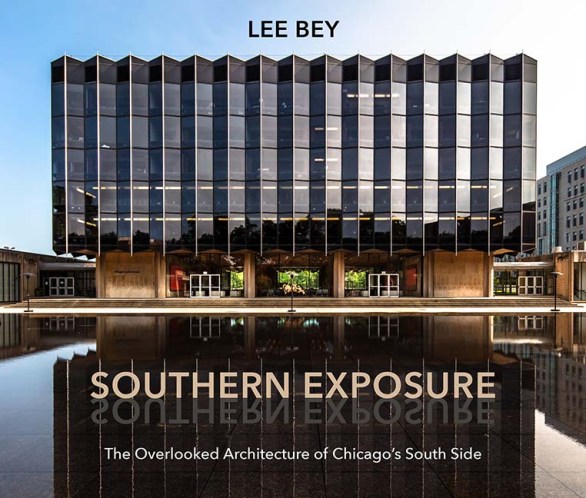 If any building captures the essence of Southern Exposure: The Overlooked Architecture of Chicago’s South Side, Lee Bey’s affectingly personal, finely executed book about the un-appreciated buildings of Chicago’s South Side, it’s James H. Bowen High School. Built in 1910, it’s essentially the twin of Carl Schurz High School, built contemporaneously on the city’s Northwest side. But while Schurz is a city landmark and listed on the National Register of Historic Places, Bowen remains little known, uncelebrated and unprotected. The 1978 report compiled to support Schurz’s city landmark status does not even list Bowen among architect Dwight Perkins’ other works.

Bey’s examination points to the long history of racism, classism and economics that have ingloriously combined to create the particular set of circumstances that give rise to contradictions like the Schurz/Bowen dichotomy. The cliched maxim that the three most important factors in real estate are location, location and location certainly applies, but Bey also suggests numerous other reasons that have exacerbated the situation.

Bey is a longtime observer of the city’s architecture world, most notably as the Chicago Sun-Times’ architecture critic, in the city’s planning department during the Daley administration and now as an instructor at School of the Art Institute. He is also a talented self-taught architectural photographer. He has shown many of the pictures in the book in an exhibit mounted by Chicago’s DuSable Museum of African-American History during the 2017 Chicago Architecture Biennial. He’s further developed the material and presented it in lectures.

Bey is a local—born, raised and still living on the South Side—and the book has an unapologetic local perspective, without being provincial or parochial. While he weaves in a very personal narrative involving his own family history, the book is universal in its multi-dimensional view of the city and its development.

He starts with a given: few cities have an architectural inventory as important and abundant as Chicago’s. The numerous architectural surveys and guidebooks naturally focus on the famous structures in the city’s central business district; the best of them exhaustively document the North Side lakefront neighborhoods and feature sections on the inner ring suburbs Evanston and Oak Park. But they mostly ignore the South Side, save for an intense interest in the Illinois Institute of Technology campus (for its connection to Mies van der Rohe and the birth of modern architecture) and the Kenwood/Hyde Park area, which features blocks of residential grandeur far more impressive than you will find anywhere else in the city, plus important architecture from internationally famous designers at the University of Chicago campus. Kenwood and Hyde Park are also (not coincidentally) pockets of majority white population in the overwhelmingly non-white South Side of the city. I am guessing a similar mix of demographics and geography is evident in other metro areas. But in Chicago, the divide—and its attendant impact on availability of city services, neighborhood amenities and overall quality of life—seems more intense and vividly demarcated. It’s well worth noting Bey’s argument that much of what he posits about the South Side—as an under-served part of the city that has seen alarming population declines in recent years—applies equally to the city’s West Side, although the architecture there is nowhere near as significant.

Chicagoans who do not live in or regularly visit the South Side would probably not know more than a small handful of any of the places pictured in the book. What Northsider has ever seen the spectacular Deco/Moderne style Chicago Vocational High School except as a fleeting glimpse while they whiz by on the Chicago Skyway? His inclusion of the starkly minimalist Stony Island Church of Christ and the eccentrically expressive St. Thomas Episcopal only hint at the South Side’s remarkable collection of small-scale mid-century modern churches. Similarly, he spotlights other under-recognized modernist delights: the GN bank (significant for both its architecture and its history as a black-owned financial institution) and the fabulous, deteriorating Pride Cleaners, for which he advocates landmark designation

All of Bey’s choices in the volume are worthy of note, but it’s especially gratifying that he’s focused on the residential stock. Visitors will find an extensive array of beautiful houses in the South Shore neighborhood, where most blocks look more like suburban Wilmette or Park Ridge than they do any other neighborhood in the Chicago city limits. Similarly, it’s great to discover the remarkable cache of mid-century modern houses sprinkled amid Chatham’s Bungalow Belt. Regrettably, he doesn’t include any examples from my personal favorite secret corner of the South Side—Jackson Park Highlands—despite the book’s mission of highlighting overlooked treasures, but Bey readily acknowledges that he just couldn’t include everything.

Southern Exposure makes a significant addition to the Chicago canon that belongs in the library of anyone who cares about the city and its architecture.

Philip Berger has written about design and architecture for a wide array of local and national publications (many, regrettably, now defunct) for several decades. Most at home in dense urban places and seaside resorts, he finds living in Chicago a reasonable mix of each. He blogs negligently at visualculturist.net.