It’s foolish to go through life bemoaning the fact that you can’t have this or that. Twaddle!
-James Beard 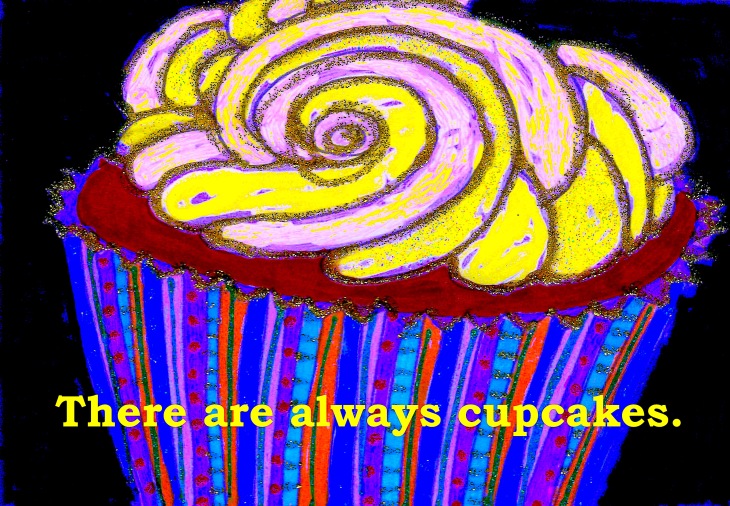 NOTE: I readily admit that this piece has too much information about me and my neuroses. AND it shows my privilege. Plus, I have not mentioned the Black Lives Matter movement. Consider it a short recess. But as I turn this in, I’ve just finished arguing on Facebook with high school friends (again) who are still complaining about Colin Kaepernick and what they consider his disrespect for America. “He should go to Cuba if he loves Castro so much,” said one. OMFG. I am stunned by this thick, off-point, and reactionary thinking. OF COURSE it is about time this country faces its ugliness, its racism, and its inability to critically think. [Below are two examples of BLM art in downtown Portland, both on the boarded up windows of an Apple store.]

1. I told Sandi Wisenberg, editor of Another Chicago Magazine, that I was not going to write yet another piece about the godforsaken pandemic and its impact on all of our lives. Nor was I going to write another piece about that vomitous man and his vomitous behavior–which is always the same–vomitous. Nor was I going to write about our crumbling democracy, the rise of fascism, that crooked bloated Barr, Bitch Mitch, or even the Black Lives Matter movement (see above). “I’m going to write about food.” Because food, I’m sure you agree, has been one of the most dependable comforts during the pandemic. [See Dutch Babies, Five-ingredient Peanut Sauce, and Sour Cream Coffeecake recipes below.]

2. My relationship with food is not so good. I have long stretches of healthy, reciprocal love. But then just about anything out of the ordinary can set me off into periods of obsession and voracious gobbling, which are followed by periods of guilt, shame, and clothing discomfort.

3. The good news is that for several weeks from March to May, I ate with abandon, without calculation, punishment, or shame. It was the first time, except for two pregnancies, I didn’t calculate the calories of everything I put in my mouth, autonomically, as if there were a little tabulator embedded in my cheek.

4. I think we went through more butter in the past four months than we did in the past decade.

5. Oh, food. It is such a deft [and daft] distraction. It absolutely changes the narrative–just like–well, never mind. And whenever catastrophe strikes, it is food I seem to turn to.

6. I think I gained six pounds the weekend Martin Luther King, Jr., was assassinated. I was with my friend Sandy Soto at her grandmother’s roadside apartment in Truckee, California, for the weekend. The town was covered in old dirty snow. We walked along the highway to a store, bought candy and chips, foods my mother forbade, and ate ourselves into a stupor.

7. I think I gained thirteen pounds during the Summer of Love. I was visiting wonderful cousins in a fabulous four-story house on a lake. We got stoned and drove around in a sky-blue Thunderbird convertible eating fruit-filled oatmeal cookies by the bagful while listening to Jimi Hendrix. My cousins sometimes made egg noodles drenched in butter at midnight. I loved it.

8. But I was still under five feet tall. So imagine the equivalent of 42 cubes of butter attached to my short frame. It was noticeable. And it was horrible timing. I was starting high school in the fall. Four perfect girls from another feeder junior high had asked me to run for sophomore cheerleader with them. At the first practice, I could see them noticing and worrying. [We still won.]

9. I think I gained 28 pounds my freshman year of college. You should have seen my mother’s face when she came to pick me up in June. I was wearing the one blouse that didn’t touch my skin–a white, beautifully embroidered Mexican puffy-sleeved blouse. My mother was crestfallen, heartbroken.

10. I think I gained 25 pounds during the four years I was with my worst boyfriend ever. RIP.

11. I gained 20 pounds the first year after I got married and 40 pounds each pregnancy, which isn’t bad. I actually gained 52 pounds AFTER giving birth the first time. I couldn’t even close my hands, I was so bloated. [For once, it WAS water weight.]

14. I think I’ve gained more than ten pounds since The Pandemic. I’m sure all those Dutch babies for lunch–Tuesday, Wednesday–any day was Dutch Baby Day–didn’t help. I’d toss that half cube of butter in the cast iron pan fearlessly. I even thought of training my butter to do flips. And then there were those fancy local lamb chops and pork chops and bacon and T-bones delivered every Wednesday from that entrepreneurial “restaurant of the year.” Then there was the ice cream and the gluten-free fig-and-date scones I started baking on Sundays, and the gluten-free apple-pear-raisin sour cream coffeecake with lemon-cinnamon glaze I made four times.

15. Food rocks. It works. As I said, it absolutely changes the narrative. Cinnamon glaze on fresh-baked scones? Are you kidding me? That pissy little Matt Gaetz [@RepMattGaetz] pales next to cinnamon glaze. Of course it’s short-lived, but it’s small, sweet relief.

16. Then it got hot in Portland and I brought the bin with my summer clothes up from the basement the other day and finally tried things on yesterday. I knew it wasn’t going to be good, but damn. Even my loose shorts were tight, the ones that used to fall down.

17. I hate it when my clothes press against my skin and my organs.

18. I hate it when my skin and my organs press against my clothes.

19. Don’t get mad, fat activists. It’s a personal problem, not a judgment.

20. And speaking of bread [were we speaking of bread?], ten years ago, a naturopath named Lavender suggested I stop eating gluten as allergy tests showed a strong sensitivity. I felt better immediately after a lifetime of gut aches. Now in Portland, of course, there are several gluten-free bakeries that make everything, even bagels. The dietary change is not that big of a sacrifice.

21. Then I had regular sourdough bread a couple weeks ago because several people said that sourdough bread is not that bad for those who are sensitive to gluten. I had sour dough French toast. Glory! Glory! Hallelujah! It was so good! A whole different category.

25. I’ve gone a week without dessert.

Bread, you beast. You yeasted rump of rootstock. Bulbous oblate spheroid. Dome of gnarl. You crusted mount. You gilded chew. Oh, bread, you breast. You bosom, butt. You buttock, thigh. You flank. You haunch. You tubby tuber. Blob. You bleb. You belly, bulb. Oh, bread. You gob. You cheeky, crusted chump. You sponge. You wart, you whale. You plant of satiation. Shank. You sac of fannies. Bread, you hump. You roast of ribald. Roll of righteous. Blubber bed. You butter bladder. Lap of loin. You ass of bliss. You blimp. You rump. You orb of chew. You artist of aroma.

Best to have ingredients at room temperature.

Serve w/lemon and powdered sugar, or jam, or syrup, or applesauce, or plain

FOR THE CAKE BATTER

Mix together filling ingredients in a small bowl; set aside. To make cake batter, soften butter in the bowl of an electric stand mixer with paddle attachment. Add sugar and mix well. Add eggs one at a time, then vanilla. On low speed, alternately add baking mix and then sour cream until incorporated.

Spoon half of batter into pan, covering the bottom. Sprinkle half of the filling over batter evenly, repeat with layer of batter, then sprinkle remaining filling evenly over batter. Take a knife and insert straight down into batter moving up and down around the pan in a zig zag motion to marbleize cake. Do not smooth out the batter.

Bake for 45 to 50 minutes, or until toothpick inserted near center comes out clean. While warm, run a knife around the edges. When cool remove from pan.

TO GLAZE THE CAKE: Mix together glaze ingredients until smooth. Add more water if needed for pourable consistency. Pour thin stream of glaze back and forth over cake. 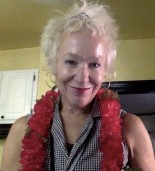 Leanne Grabel, MEd, is a writer, illustrator, performer & retired special education teacher. Grabel is the 2020 recipient of Soapstone’s Bread and Roses Award for contributions to women’s literature in the Pacific Northwest. Grabel teaches graphic flash memoir to adults in arts and senior centers throughout the Pacific Northwest. In love with mixing genres, she has written and produced numerous spoken-word multi-media shows, including The Lighter Side of Chronic Depression, and Anger: The Musical.” Her poetry books include Lonesome & Very Quarrelsome Heroes; Short Poems by a Short Person; Badgirls (a collection of flash non-fiction & a theater piece); and Gold Shoes, a collection of graphic prose poems. Grabel has just completed Tainted Illustrated, an illustrated stretched memoir, which is being serialized in THE OPIATE. She and her husband Steve Sander are the founders of Café Lena, Portland’s legendary poetry hub of the ’90s. ACM publishes Grabel’s work the second Thursday of the month.