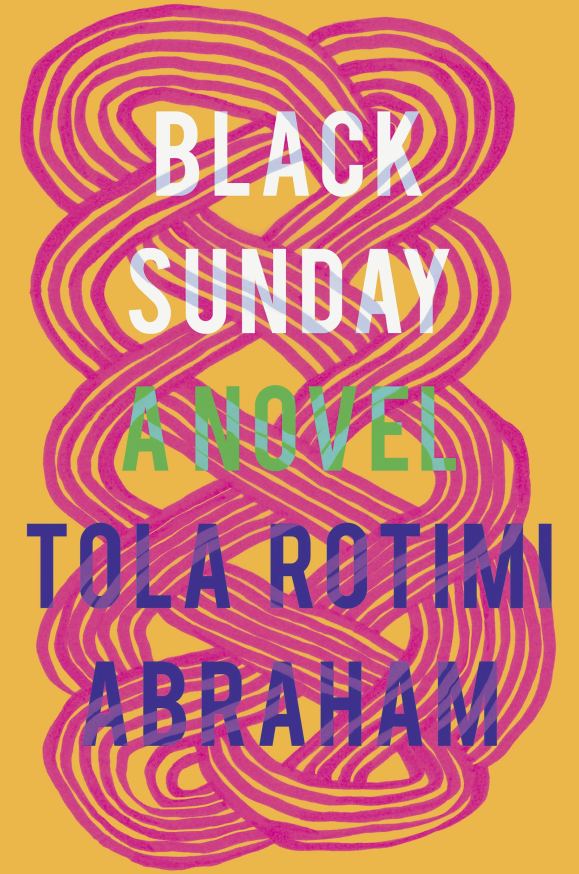 At the very least, children should be able to expect a level of security from their parents—food, shelter, protection from harm—if not outright warmth and affection. What happens to these most vulnerable of beings when their parents abandon them, knowingly, willingly, purposely? Who protects children from the threats posed by an increasingly dangerous and unstable world?

Set against the backdrop of the political chaos and economic corruption that besets Lagos, Nigeria, in the late 20th and early 21st centuries, Abraham’s arresting debut novel follows the fate of four children—twin sisters Bibike and Ariyike and their younger brothers Andrew and Peter—for two decades after first their mother, and then their father, walk abruptly out of their lives.

From the outset, it is clear that the children must fend for themselves as their parents’ marriage implodes around them. While sounds of physical and emotional abuse emanate from their parents’ bedroom, Bibike distracts her brothers with her childlike version of a traditional folktale. Mother, who is the breadwinner of the family, has just lost her job with the Ministry of Petroleum, an influential position that provided Father an inside track to pursue his endless get-rich-quick schemes. However, other jobs eventually come along for Mother, none of them as well-paying or long-lasting, while Father cooks up one increasingly desperate money-sucking scam after another.

In the midst of this downward spiral, one day Mother simply leaves. A three-line note tells her children she is going to New York and that, God-willing, she will one day send for Peter—not the others, just Peter.  As Ariyike says, “In the end, our mother was just the first to leave. My family unraveled rapidly, in messy loose knots, hastening away from one another, shamefaced and lonesome, injured solitary animals in a happy world.”

Loose, messy knots indeed. Soon after, their father ships them off to live with his mother, a cantankerous and absentee caretaker. And just like that, the children are on their own, feral boys and girls who must use their wits and wiles to survive. They come together out of necessity, fall apart out of equal necessity, but clearly their fates are sealed the day they are left to their own devices.

In alternating chapters, each child chronicles their lives over the next twenty years. Many have titles such as “How to Build a Chicken Coop” or “How to Wear Mom’s Jeans”, indicative of the essential life skills each child must master in order to survive. Others, such as “How to Lose Your Lagos Lover” and “How to Be the Teacher’s Pet”, illustrate the emotional pitfalls each experiences on the path to adulthood.

It is a path the girls learn to traverse more quickly than the boys, catapulted along as they are by a need to make money to support themselves and their younger brothers. A mere eleven and nine years old when their parents leave, Andrew and Peter scrounge in their own ways for money and food. Robbed of their innocence, they hear boys playing nearby and, “it is their happiness we can hear, the sounds of boys our age cheering and screaming. It sounds like it is coming from a galaxy far away.”

It might as well be. The children not only endure wretched poverty, they suffer from the kind of woeful emotional trauma that only such parental abandonment can produce. And rather than being each other’s security and touchstones, over time, the turmoil pits brother against brother, sister against sister. “Many times,” Peter says, “it felt like Andrew and I were only one argument away from being enemies.”

It takes more than one argument to undermine Bibike’s and Ariyike’s relationship. The sisters are beauties, and if it’s beauty that unites the twins, it’s also beauty, in the form of vulnerable sexuality, that splits them apart.

Bibike soon learns that “sometimes beauty was just as powerful as wealth.”  She finds domestic work in a hospital, but a friendship with another young girl leaves her vulnerable to advances by her coworker’s father. “I was a parentless teenage girl living with my grandmother in the slums of Lagos. Beauty was a gift, but what was I to do with it? But what is a girl’s beauty, but a man’s promise of reward? What was my beauty but a proclamation of potential, an illusion of choice?”

Bibike’s beauty leads her into a lifetime of ill-advised liaisons with men who can appreciate, use, discard and devalue her beauty.  Ariyike’s beauty, on the other hand, guides her down a path that corrupts whatever high-minded ideals she might once have entertained. As a youngster, she finds release through religion, professing a devotion that has more to do with a schoolgirl crush on Pastor David Shamonka, the charismatic but predatory leader of their family’s church. But hers is a pragmatic piety. First she uses this association to pursue a career as a broadcast evangelist in his media empire. Ultimately, she manipulates Pastor David into a marriage that will drive the final wedge between herself and the rest of her family.

Abraham writes with a fluid yet deliberate moral compass as she navigates each sibling’s journey from childhood into maturity. Even at an early age, each reveals a preternaturally wise philosophy that only becomes more intense with each year of independence. Bibike, Ariyike, Andrew and Peter—each is indelibly wrought, each a powerful presence in his or her own right. If once they were a formidable pack as the four children of a traditional family unit, separately they evince a strength of purpose, a depth of character, that makes them even more potent.

As adroit as Abraham is at mining her characters’ inner selves, she all but shrugs off the two pivotal characters who set her whole novel in motion. Both Mother and Father cast a tantalizing shadow throughout the narrative arc. Strong enough to land a powerful government job, resourceful enough to continue to support her family as corruption explodes across Lagos, Mother unfortunately is in thrall to a man who clearly values her contributions only in terms of how he can exploit them. What causes her to break to the point of abandoning her children can only be surmised, but hers is a journey also worth taking.

Likewise, Father, given name Bankole, is an equally enigmatic character. A schemer, a con artist, the ultimate deadbeat dad—he has a violent nature that he bares to his wife, children, even his own mother, with deadly results. A primary villain in this tale of loss and desertion, Bankole clearly never intended to fulfill his family responsibilities and, equally clear, carries his malevolence with him out into the wider world. His is a backstory rich with possibility.

Near the novel’s conclusion, when Abiyike’s world is on the verge of collapse, she quotes the Gospel Luke, “I have come to turn your families inside out.”  This, she knows, is what happened to her and her sister and brothers. Through no fault of their own, their family was upended by their parents’ abandonment. It begs the question of what happens to children whose parents are involuntarily ripped from their lives?

At a time when the world’s focus is drawn to the humanitarian crisis of children wrenched from their parents at America’s southern border, the damage that is being done to these young psyches is immense and unknowable. As Abraham’s siblings make their way unaccompanied through a predatory and violent world, so too, do these young refugees find themselves forced to confront the challenges provided by such unnatural circumstances. What strength of character, what individual fortitude, what group dynamic will they have to rely on to survive? Abraham’s gripping tale of innocence lost in contemporary Lagos could just as easily be set in these migrant prisons.

Abiyike and Bibike, Andrew and Peter—their fates echo long after the last page is turned. Exploring themes that delve into the power of storytelling, the fragility of identity, the nature of regret, and the power of redemption, Abraham writes with a grace and sophistication that belie this novel’s debut status. Hers is a voice and a vision to be recognized and watched.

Carol Haggas is a book industry professional with more than 20 years’ experience writing for Booklist Magazine and ForeWord Magazine. Most recently serving as a judge for the 2020 Carnegie Medals of Excellence in Fiction and Nonfiction awarded by the American Library Association, Carol recently retired her position as Readers Services advisor at the St. Charles Public Library. She lives in suburban Chicago.